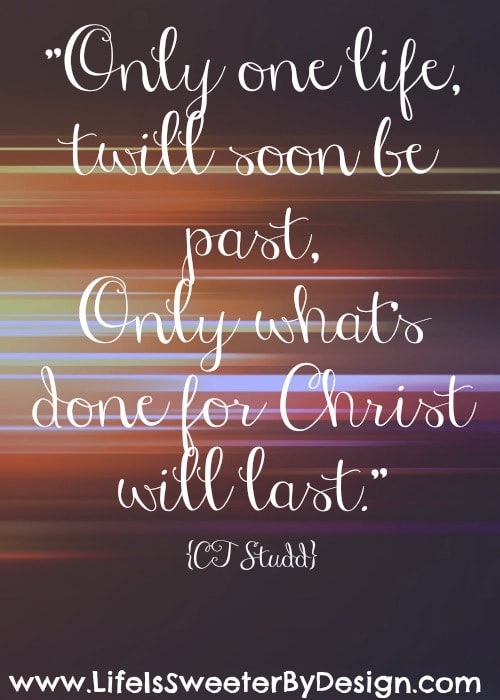 This post is being entered as an entry for a contest.  If my entry is chosen the prize would be free cabin fare for myself and a guest plus free cabin fare for the pastor plus a guest on the Duck Commander Cruise.  This contest is being sponsored by Family Christian.  Please note that this post is 100% my true feelings and opinions.  This post may contain affiliate links.  You can read my full disclosure policy HERE.  Thank you for visiting Life is Sweeter by Design.

Pastor Dick Schmidt or Brother Dick as I have always called him came into my life when I was 16 years old.  I was raised in church and had sat under other Godly pastors prior to Brother Dick, but something changed in my life when Brother Dick became the pastor at my small, local church.  I was introduced to the concept of being unashamed of the gospel of Jesus Christ!

[tweetthis]For I am not ashamed of the gospel, for it is the power of God for salvation #GoodNews[/tweetthis]

The first time I heard Brother Dick's testimony I knew that God had worked mightily in his life. Brother Dick was not raised in a Christian home.  He married at age 17 to his wife, Ellie, who was 16 at the time.  Brother Dick described his life prior to Christ very openly.  He was wild, lived for himself, had issues with alcoholism and was not a good husband to Ellie. 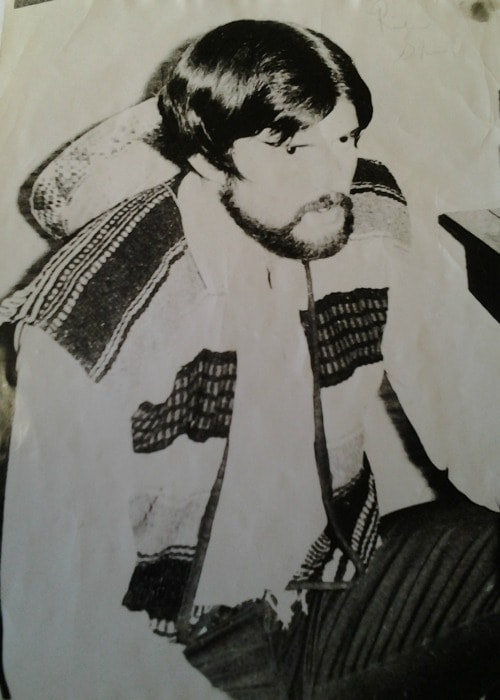 Dick Schmidt in his younger days prior to his salvation.

Brother Dick's lifestyle eventually led to an arrest for his involvement in a brawl.  A local news director interviewed Dick about the incident.  The news director sensed that Brother Dick could be so much more and reached out to him.  He helped Dick finish his high school degree and worked with him to get a steady job so he could provide for his wife and their 2 sons.

Dick eventually started working for a local radio station and became a disc jockey and news director. Although he now had a successful and lucrative career, his personal life was failing.  His marriage was barely holding on by a thread, his drinking was increasing and there was no real joy in his life.

In 1969 a friend invited Ellie to church and Ellie became a Christian.  She witnessed to Dick for close to a year before he finally, begrudgingly agreed to attend church with her and the boys a few times. Brother Dick says that the Lord spoke to him during those services and convicted him of his need for a Savior.

Brother Dick finally conceded to the Lord's prompting in October, 1970 in his own living room.  I remember him sharing with us how he fell to his knees on the green shag carpet in his living room and was saved.

It wasn't even 2 years later that God called him into ministry.  Brother Dick started out as a Youth Director at a local church.  He then became the Minister of Evangelism and Home Visitation at another church.  He spent 10 years in Wyoming pastoring a small church before returning to Kansas.

He was called to my church in 1991.  I had never heard such a bold testimony before. As time went on I realized that Brother Dick would not back down from the truth of the gospel.  He preached God's word as it was written and would not bow to political correctness or social pressures. 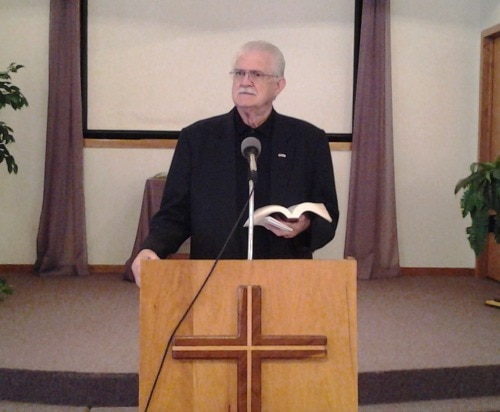 Brother Dick did not preach based on what would make the congregation feel good.  He preached based on what the Lord laid on his heart and based on the Bible.  Looking back I am reminded of a quote by Charles Spurgeon,

“If you always enjoy sermons, the minister is not a good steward. He is not acting wisely who deals out nothing but sweets.”

When I heard about the opportunity to nominate a pastor for a chance to go on a Duck Commander Cruise with the Robertson Family….I knew instantly that Brother Dick deserved my nomination.

I would love to see Brother Dick and Phil Robertson sit down and talk about how grateful they are to God for pulling them out of their downward spiral and bringing them to salvation.  I would love to be a fly on the wall while they discussed the truths of the gospel that they are both so unashamed of sharing!  I would be thrilled to hear them pray together for those that still haven't come to the saving knowledge of Jesus Christ.

I believe most Christians could look back at their lives and point to a person who was instrumental in helping to shape their walk with the Lord.   Brother Dick Schmidt is that person for me.

Brother Dick's powerful message to stand strong for Christ was so influential for me as a teenager.   He introduced me to the power of prayer. We had prayer meetings each week.  These prayer meetings taught me how life changing praying with other believers can be.

When I felt led to go to Albania on a month-long mission trip during college he encouraged me to follow God's leading.  He married my husband and I when we were 22 years old.   Years later when we were struggling in our marriage, he drove over 100 miles one way to counsel with us.  I have had the privilege of listening to him celebrate the life of loved ones and friends while still unashamedly preaching the good news of salvation to those attending the funeral.

Brother Dick at my wedding.

Brother Dick has a personal knowledge of the radical change Christ can make in a person's life.  His mission has always been to make sure everyone around him knows that they can experience the same radical change that he did.

I would love to see Family Christian choose to honor this man of God who has so unashamedly proclaimed the gospel for over 40 years.

On the off-chance you have no idea who the Robertson Family is….have never heard of Duck Commander…you can learn more about them by reading some of their books available at your local Family Christian!