Kids love cupcakes…okay so do adults, LOL. What is cuter for back to school then apple cupcakes with an adorable worm! This is the perfect treat to make with your kids and send to school to share! 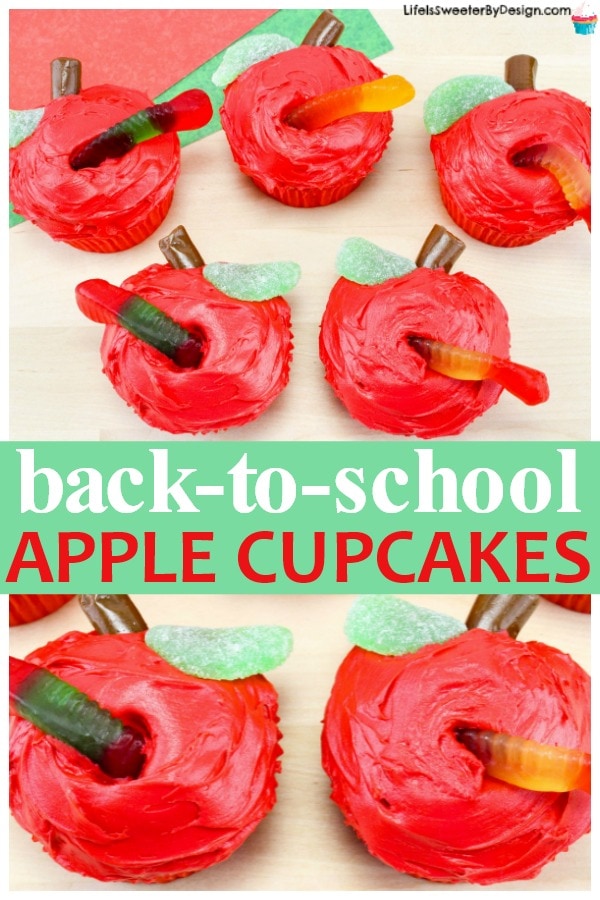 Apple Cupcakes With a Worm for School

It is so fun to take a simple cupcake and make something so so cute. These apple cupcakes will make any kid (or teacher) smile for sure. They are also perfect for FALL themed apple parties! 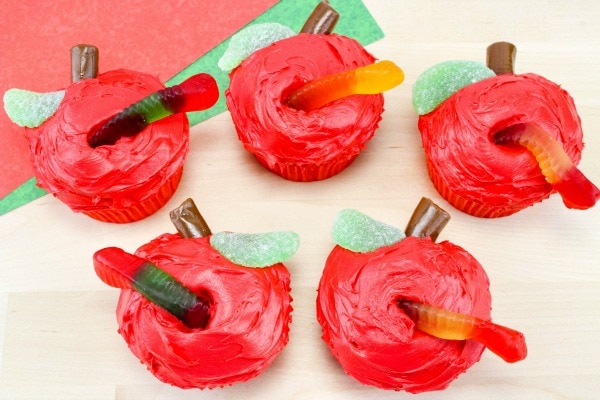 How to Make Apple Cupcakes

Start off with some white or yellow cupcakes that have been baked and cooled.

and frost each cupcake with a thick smooth layer.

Now grab the Tootsie rolls and cut each one in half lengthwise.

Put each Tootsie roll piece into the upper right corner of the cupcake so that it looks like an apple stem!

Now it is time to cut the green fruit slices

in half lengthwise and place them on the cupcake near the stems so that they look like little apple leaves. 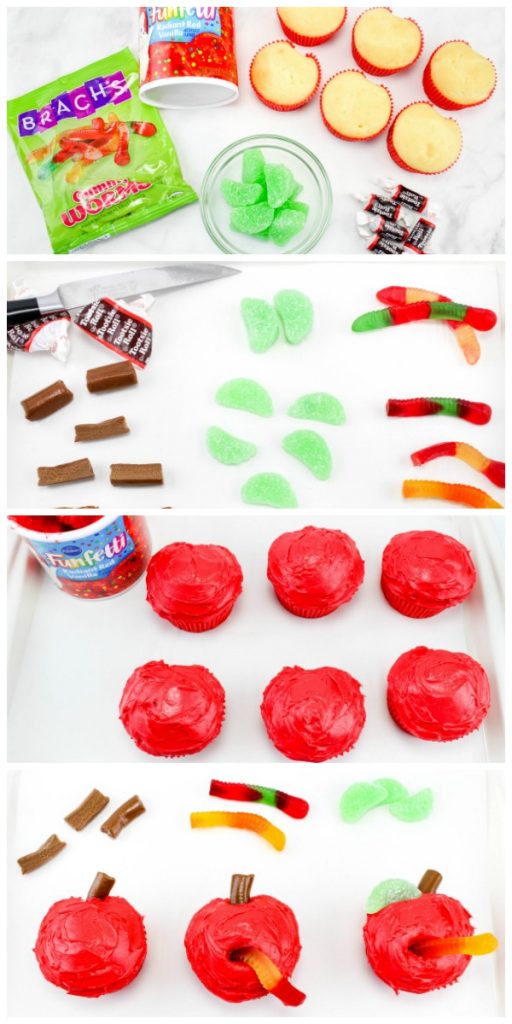 It is time to get the worm ready. Cut about a 1/4 off of one end of the gummy worm

. Then push the cut end down into the cupcake so that looks like the worm is popping up out of the apple.

If you want to get really specific you can make a little indent in the cupcakes so it looks even more like an apple. Pour the cupcake batter into cupcake liners

in your cupcake pan

. Then take a small piece of rolled up foil between the pan and the cupcake liner. This will cause it to bake with a small indention just like an apple top! 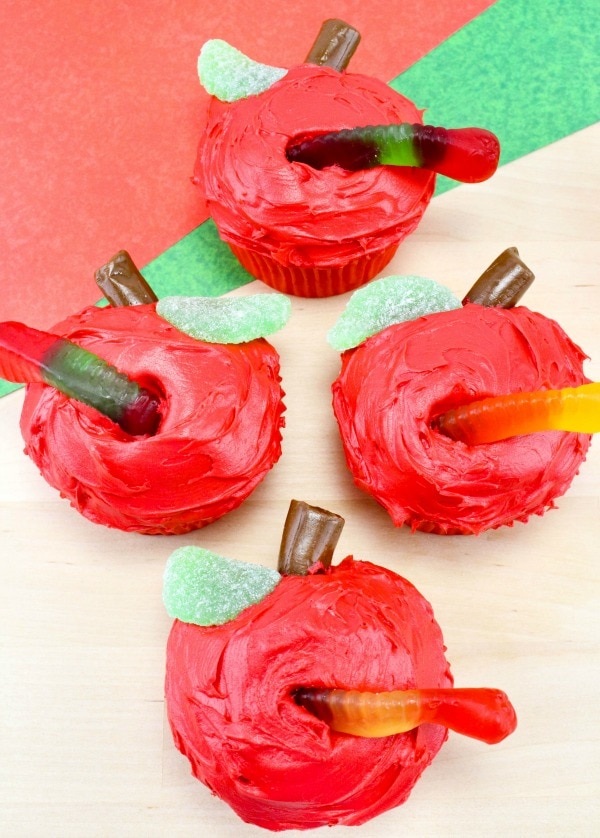 These apple cupcakes are absolutely perfect for a fall party at school or at home. There are so many adorable apple decorations to make the party even cuter. From an apple banner

there are tons of options!

Let me know what occasion you are celebrating when you make these apple cupcakes! 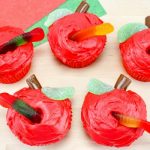 These Apple Cupcakes with a worm are perfect for school parties and fall! Easy to make and kids will love them.

These cupcakes are perfect for fall parties and school events!

Nutrition Facts
Apple Cupcakes with a Worm for School
Amount Per Serving
Calories 207 Calories from Fat 45
% Daily Value*
Fat 5g8%
Saturated Fat 1g6%
Cholesterol 1mg0%
Sodium 150mg7%
Potassium 41mg1%
Carbohydrates 37g12%
Fiber 1g4%
Sugar 23g26%
Protein 4g8%
Vitamin A 22IU0%
Calcium 56mg6%
Iron 1mg6%
* Percent Daily Values are based on a 2000 calorie diet. We are not nutritionist and this data was calculated via WP Recipe Maker to the best of our ability. Always check nutrition values yourself based on the ingredients you use.
Follow Me
Jamie
Hi, I'm Jamie! Welcome to Life is Sweeter by Design, where I am working on recapturing the JOY in life!You will find me blogging about family, food and fun. I love being a wife to my husband and mom to my four kids.Cooking, crafting, travel and homemaking make me smile!
Follow Me
Latest posts by Jamie (see all)